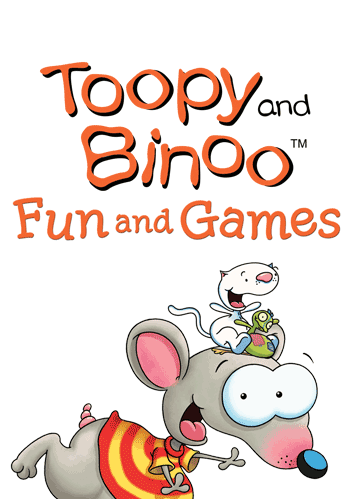 Those are the words I hear every time they come on Treehouse TV. It seems it was the talk of the town between Moms everywhere last week too. “Do you have Toopy and Binoo tickets?” I was one of the fortunate ones who could say yes as both shows were sold out.

During the first two years of Jordan’s life I didn’t allow him to watch television at all and I still do make every effort to limit his time in front of the TV but he is obsessed with Toopy and Binoo and I have to admit I don’t mind them either. Toopy is just so darn positive and fun!

All week I was anxiously awaiting the excitement on Jordan’s face when he saw Toopy on stage in real life and it was pretty much as I’d anticipated. He was elated to see his favorite characters. A trailer load of lego or a tonka dump truck could not have dragged him away!

The show included a lot of great music as Toopy was on a mission to find the perfect song to sing and the perfect place to sing it so as usual it was a magical and entertaining quest.

Judging by the full house, the smiles beaming throughout the crowd and the echoes of laughter, Toopy and Binoo and the Marshmallow Moon was a huge success!

My only regret is that I bought Jordan one of those light up wands and at times that was a big distraction for him. So note to self for next time: buy light up toy after the show is over!

Thumbs up to Koba Entertainment for bringing excitement and joy to so many children’s lives with their family theatrical productions.

Back To News Listing
Join the Koba Club